I'm taking back my words.

You're so rude.
One minute I feel like you care,
the next I feel like you want nothing to do with me.
You still hurt me. All the time.
But yet you never leave my mind.
It's not our crazy fast, intimate, romantic relationship that I miss.
It's our honest and true best friend relationship that we had.
The connection we had that we, both, have never experienced with anyone else before.
I know you miss me.
I know you think of me.
I miss you.
I fucking miss you.

Please talk to me.
Do you have any idea how much I miss my friend?

I feel like I say this a lot,
but I truly never saw myself being where I am.
Not just today, but at this very moment.

This exact weekend:
Two years ago - breaking up from a very long relationship (in Indiana)
One year ago - falling madly in love in a new relationship (in California)
This year - with the family of the guy I broke up with 2 years ago (in Slovakia)

Needless to say, my mind is full of memories.
G and I broke up two years ago after dating for 4 1/2 years.
It was not an easy break up, and it took some time, but somehow we've gone back to being friends.
Actually, pretty good friends.
Living alone in Europe is not easy.
And last time I lived in Europe, it was with his family.
He's been the one I call on a rough day, he knows me.
And my past. And my Euro lifestyle.
And, he's just a phone call away.
I can't do that to any of my other close friends, as they are on different continents.
He also speaks the language of where I'm living, which has been a huge help for different situations.
He's such a good friend.
He knew I was having a rough time and invited me to stay with his family for the weekend.

I'm sitting on my bed, in the room I lived in four years ago.
Even though there is nothing romantic between us at all,
I feel so at home here. I know this family. I know this routine.
I lived here.

It's been strange at moments because there are memories literally everywhere.
I've never been in this house without being in a relationship with him.

We can talk, though. And have.
And the fact that he wanted to see the girl he's interested in this weekend, but didn't because I came,
which made her pretty upset, makes me respect him even more.
A lot of people have questioned we're together again, since pictures of us have been posted on Facebook (not by us). He's been receiving messages of congratulations.
But the truth is, we really are not together, and don't act like it, either.
I've never seen a broken up couple able to do this before.

I told him the other night that I was really glad we were still friends.
And he said, "Well why wouldn't we be?"
That made me smile.
Regardless of our rough past, we have seriously put it in the past.

After I leave tomorrow, I may never see him again.
Seriously.
Or maybe I will, my life has been playing fun games on me lately;
bringing people back into my life who I thought I had lost.

Being in California with J at this exact time last year also brings memories.
I fell so hard, in love.
Completely shocked myself.
We broke up two months later.
Various reasons.
Maybe part of it was my moving to Europe.
Maybe part of it was immaturity.
But regardless, we've never stopped talking.
I've dropped all feelings for him by now... as of last month.
It took me 10 months.
But of course I still think of him at times.
Especially this weekend.
YET, I'm moving to California in a few months...
Hopefully we can be friends like G and I are now.
That may be too good to be true, though.
I don't know exactly what his thoughts are,
whereas G and I have truly moved on.
We even talk about recent hook ups.
He says I need to stop being so afraid and to take a risk.
To find a guy to have fun with, since I'm not looking for a relationship.
I say he needs to give it a chance with this new girl,
even though he's not looking for a relationship either.
He's moving to four countries over the next two years.
I'm switching continents again, and starting new again, but this time on the West coast.

I'm so blessed for the people that have been a part of my life.
And grateful that no bridges have been burned.

I'm still single. And lonely.
But it' okay.
I'm learning how to deal.
Forever learning.

It's been 10 months.
Truth is, that's the longest I've ever been single.
Until 3 weeks ago,
truth is, I didn't know how to deal.

It's funny how we can say something,
but never actually believe it.
Truth is,
you really do have to learn how to be happy on your own
before truly being happy in a relationship.

I'm twenty-three years old and I'm finally learning how to accept myself.
Truth is,
sometimes the hardest person to love is yourself.
But the truth is,
how can you allow someone to love you,
if you don't love yourself?

Learn to love yourself.
Learn to be happy on your own.
Learn to accept yourself.

Truth is, you're beautiful.
You are loved.
And you are worth it. 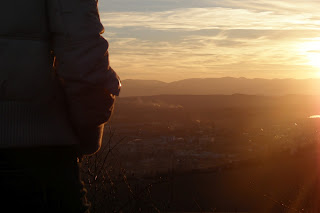 Living life to the fullest, one adventure at a time. 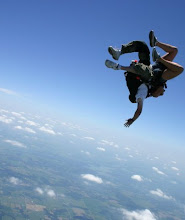 "To be beautiful means to be yourself. You don’t need to be accepted by others. You need to accept yourself." ~Thich Nhat Hanh